The company picked fuel tank manufacturing and ship crane businesses as a main driving source for the corporate growth.

Sangsangin Industry, headquartered in Yulchon Industrial Complex in Gwangyang Jeonnam, was established after taking over DMC – once a leading company in the ship and marine plant crane industry – in 2019 when the name has changed into Sangsangin Industry ever since.

Especially, the acquisition helped DMC not only to get over its management crisis but also to take the first step to rise as a global ship crane company through a reasonable management system and accumulated technological development.

It will target Singapore and Greece, where respectively a lot of repair shipyards and shipping companies are concentrated, as part of its first plan to accelerate overseas market expansion.

High manganese steel, free from the flaws of nickel alloy steel, aluminum or stainless steel, is a new material with an excellent mechanical nature – in terms of tensile strength in extreme low temperature and impact toughness – with a price competitiveness.

Dong-won Kim, CEO of Sangsangin Industry, said, “We are using 9% of nickel steel and high manganese steel etc. to make fuel tanks. But the problem is we’re not so sure which fuel – whether it be methanol or ammonia – will be used to run the ships in the future, so we’re taking a proactive action with Welding Technology Institute to review and prepare for potential factors required to build fuel tanks.”

Meanwhile, Sangsangin Ship Machinery signed a 90 billion won contract with an Egyptian state-owned SCA (Suez Canal Authority) to build floating dock, exerting efforts for overseas expansion. The floating dock construction is now 50% completed and the full completion is expected to be in March or April, according to an official from Sangsangin.

The company is especially trying to be more aggressive in enhancing ship crane business.

Sangsangin Industry has a strong technological competiveness in the ship crane area. Sangsangin Industry is the only company in Korea that has its own skill to design an electro hydraulic system in machine, provides A/S(After-Service), makes products with highest performance, and builds a system easily operable even during electric power failure. On top of that, it is the only company implementing several government-led crane-related technology service projects.

With an aim to rapidly increase its market share in the domestic crane market, Sangsangin Industry plans to regain market dominance and recover DMC’s reputation lost in the past through sales activities targeting large ship owners.

The main focus in this process is on greater productivity and efficiency. Sangsangin Industry has established an auto-plant and the Welding Technology Institute to develop technologies.

He also added, “LNG tanks and other products made up of special steel materials can help shorten construction period by around two months, saving construction cost. And there has been little complaints in quality aspect.” 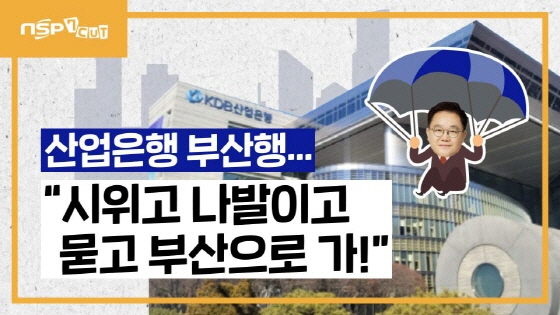